In a small dimension in the outer reaches of the multiverse a wizard tower is erected - to point out the direction of success. Inside the wizard tower dwells the wizard, it is here the Grand Plan is being worked out. To the wizard, success is a matter of having a Grand Plan, the grander the better; whether the Grand Plan actually ever succeeds is another matter entirely - whoever would expect an insanely impossibly Grand Plan to be fullfilled; and should it against all reason do so, nobody else believe it anyway.

It is a secret and unspoken rule between wizards to never talk amongst each other about their Grand Plans, and therefore they have invented a game to test how far each and everyone have come in their planning, without freely giving any secrets up. It's a game where they send their team of champions to battle another wizard's team in a Golden Dungeon - which isn't necessarily golden, they just call it so. If the attacking team defeats the defending champions, they break out from the dungeon, and get into the wizard tower to steal as much as they can from the wizard's Grand Plan, in the hope of finding clues how to make their own plan grander.

Read more in the wiki... 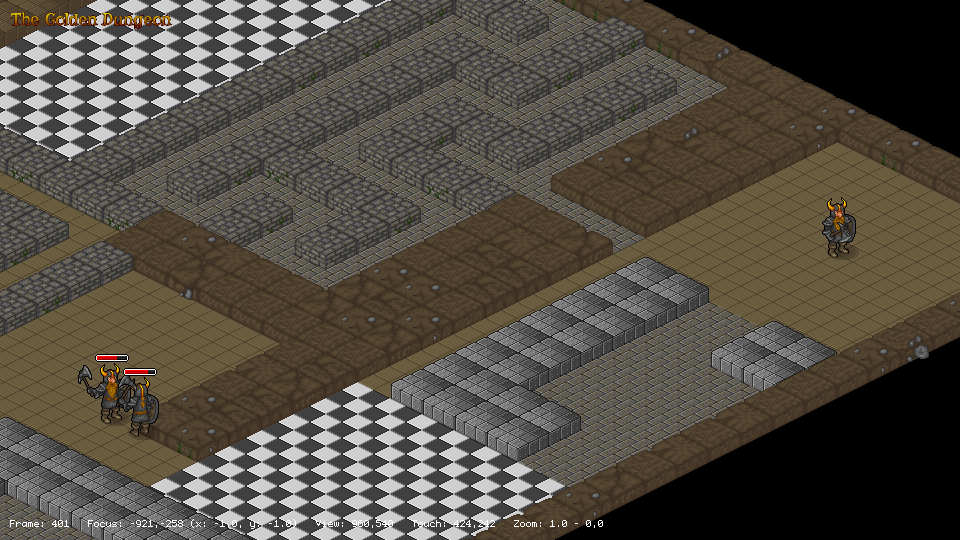